Some hundred planets have been colonized. They are sparsely populated. There are enormous amounts of robots, all owned by individual persons that do most of the work. There is one spaceport on earth for trade but personal contact between earthlings and spacers are only functional. Earthlings are not allowed off the earth. The spacers have eradicated all disease and seemingly all crime too.

In The Caves of Steel a spacer has been murdered at the spaceport. As spacers have no crime they don’t have detectives. Also it’s quite possible that the murderer was an earthling. For this reason detective Eliah Baley is asked to solve the murder. For this task he is partnered with Daneel, the first — experimental — humaniform robot that can pass for a human and is specially sent to Earth for this task.

In The Naked Sun the almost impossible has occurred on the planet Solaria: a human has been murdered. Bailey is asked to come to Solaria escorted by robot Daneel to solve the murder. There he is confronted with a society where every individual lives on a large estate with many robots. People abhor visiting each other — called seeing — but only “view” each other by artificial means. They like to go outside and this poses a great challenge for Bailey. Hence the title. Two fragments. 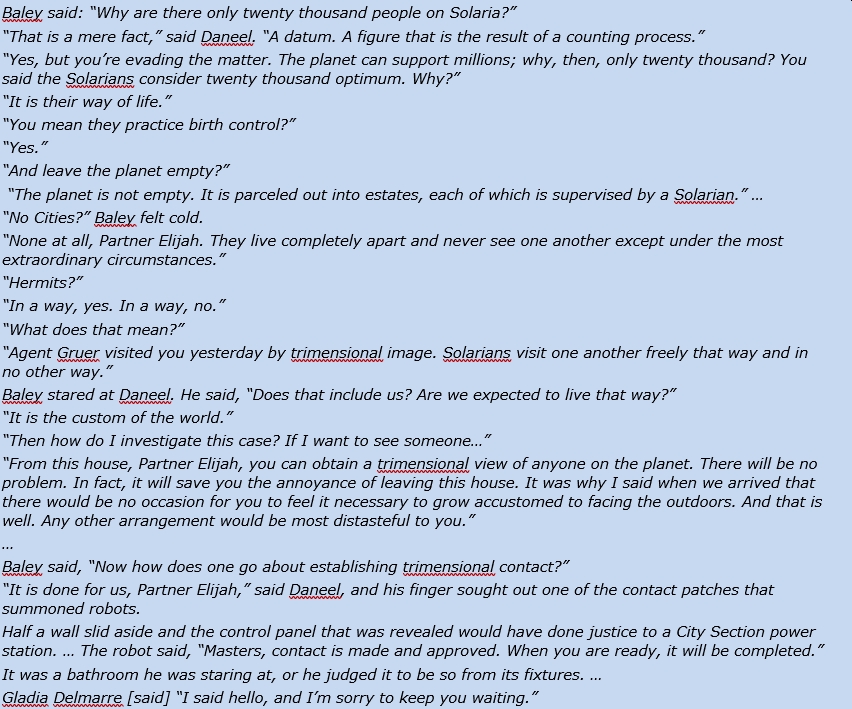 A second viewing the following day 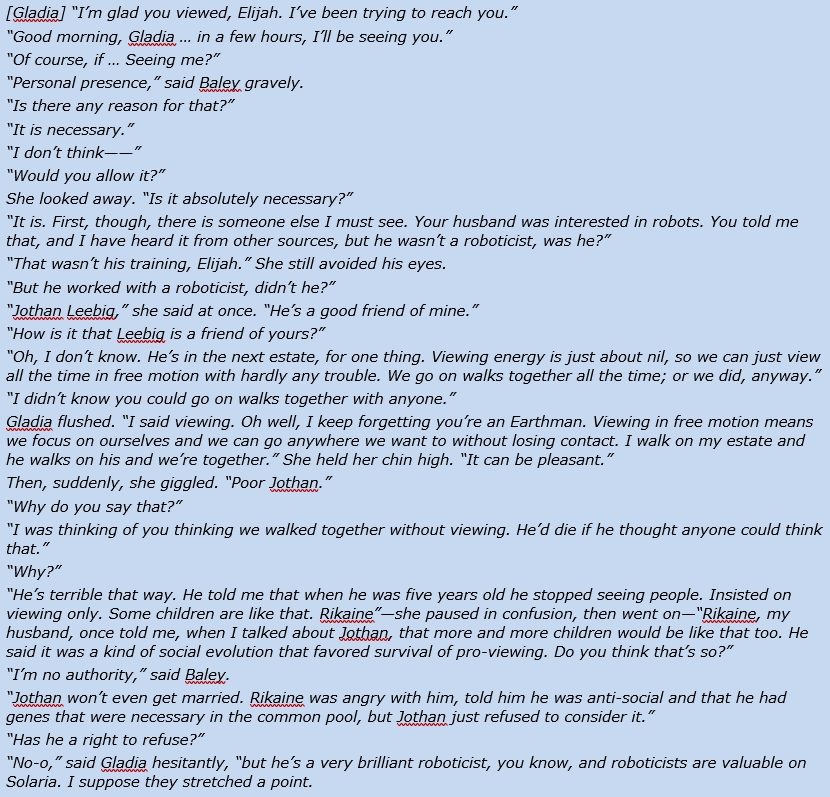