Yesterday, I experienced the new pictorial poem by Godfrey Reggio and Philip Glass titled “Visitors” (2013). To call it “viewing a movie” would be a vast understatement. As was the case with Koyaanisqatsi (1982) it left me more or less stunned and at some moments moved me to tears. Afterwards Glass and Reggio were present in a very sober setting to answer questions from the public. Of course there were some questions about the intention of “Visitors”. The answer was a bit too postmodern: there were no intentions, every observer could make up his own mind… I would be surprised if interpretations do not point in one direction: the loosening or relativization of the “self”. Though not a word is spoken, “Visitors” shows the machinery at work producing the self, the personality accurately. It does so by contrasting changes in human facial and bodily expression with that of an animal (I won’t spoil which), the emotional content of decaying human artifacts (building, attraction park, rubbish) and the flow of nature, dead and alive, triggering all kinds of “meaning” and so effectively setting the spectators meaning-producing machinery at work while at the same time unsettling it. This deconstruction -to use a postmodern term- of the soul, leaving it speechless, cannot be praised enough these days, where all egos are pumped up to the max. Maybe it wasn’t the intention of the makers. It certainly was the result. Reggio answered on a question about what words or phrases had inspired him when making “Visitors” that he had the intention to name the work “The holy see”. He refrained from it fearing it would produce too much misunderstanding. Well, not for me. “Visitors”, although expressing fleetingness, does not directly reference personality or the soul.

Koyaanisqatsi had some of the same effects, but was aimed more at the relativity of mankind (man as ant) then at the individual. In the past few years I have come to the conclusion that individualism is the big problem of these times. I feel “Visitors” could contribute to counter the individualist personality by showing that personality is nothing more than social mechanisms acting within the human animal. Nothing special about >you. Although you are very unique!

May 2012 I wrote the following about Koyaanisqatsi:
(slightly rewritten when translating) 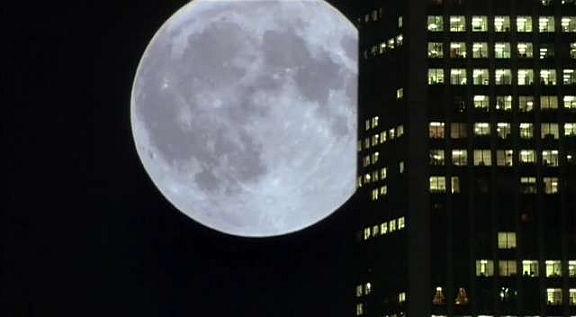 What is the position of you, human, in the story Koyaanisqatsi tells us? Back in 2000 I wrote “Man as ant”, but that view is insufficient. A human is not an ant but a subject so: